After studying classical trumpet with Prof. Hans-Jörg Packeiser Lars Seniuk (*1989 in Schleswig-Holstein, Northern Germany) continued his studies at the universities in Berlin and Hamburg. He holds degrees in jazz trumpet as well as jazz composition, classical composition and contemporary composition. He was a member of the Youth State Jazz Orchestras of both Hamburg and Schleswig-Holstein and became the youngest member of the National Jazz Orchestra of Germany (BuJazzO) at the age of 17. As a trumpet player he played with the NDR Bigband, Global Music Orchestra, Jazz Kollektiv Berlin as well as many own bands ranging from traditional Jazz and Bebop to Avantgarde, itegrating influences from jazz, microtonal music and New Music.

Lars Seniuk has been touring Germany, different European countries, China and the US (as awardee of the International Made In New York Jazz Competition).

In 2005, at the age of 16, Lars Seniuk founded his first own big band. He serves as leader and conductor of the New German Art Orchestra, whos members come together from all corners of Germany and with which he released his album "Pendulum" in 2015, that got glowing reviews ("a gripping listening pleasure", Jazz Podium; "modern bigband jazz on its highest level", SWR) and was nominated for the ECHO (German Jazz award) as big band album of the year.
Lars Seniuk also frequently works with the German radio big bands - the Frankfurt Radio Big Band, the NDR Bigband in Hamburg and the WDR Big Band Cologne.

Being referred to as a "high flyer" (Hessischer Rundfunk, SWR) and a "jack-of-all-trades" (Deutschlandfunk) he served as a leader of the National Youth State Jazz Orchestra of Hamburgfrom 2014 til 2020, that during this period developed into one of the leading selected orchestras throughout Europe and won the International Big Band Competition in the Netherlands in 2019.

After having taught at the University of Music and Theater in Hamburg Lars Seniuk started teaching at the Universities of Music in Frankfurt (arrangement and bigband conducting) and Weimar (jazz trumpet). He also got appointed Professor of jazz trumpet, ensemble and big band as well as head of the jazz programme at Music And Arts University Vienna in 2019. Furthermore he teaches professional musicians in Germany and Austria, e.g. brass umpet players from renowned philharmonic orchestras, gives masterclasses throughout Europe and is known to be one of the leading experts on fixing brass players' embouchure and techinque problems.

In 2015 Lars Seniuk founded the non-profit organizsation Miteinander durch Musik e.V.("together through music"), that supports refugees in a number of projects throughout Germany. From 2017 to 2021 he also served as head of the Jazzbuero Hamburg, umbrella organization of jazz in Hamburg, and founded the "Taskforce Women In Jazz" in 2018 in order to find solutions for the low number of female jazz instrumentalists and to brake up gender roles and clichés.

Lars Seniuk has been awarded scholarships from the Claussen-Simon-Stiftung, Senat of Berlin, Cultur Foundation of Saxony and the federal German Initiative Musik among others. 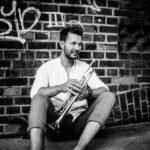 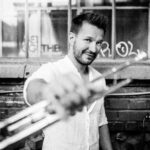 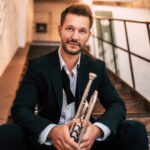 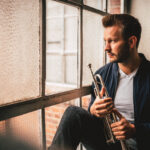 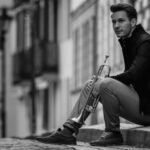 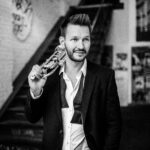 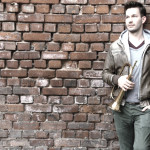